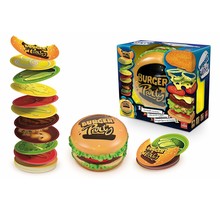 Brand: Goliath
Create your own review 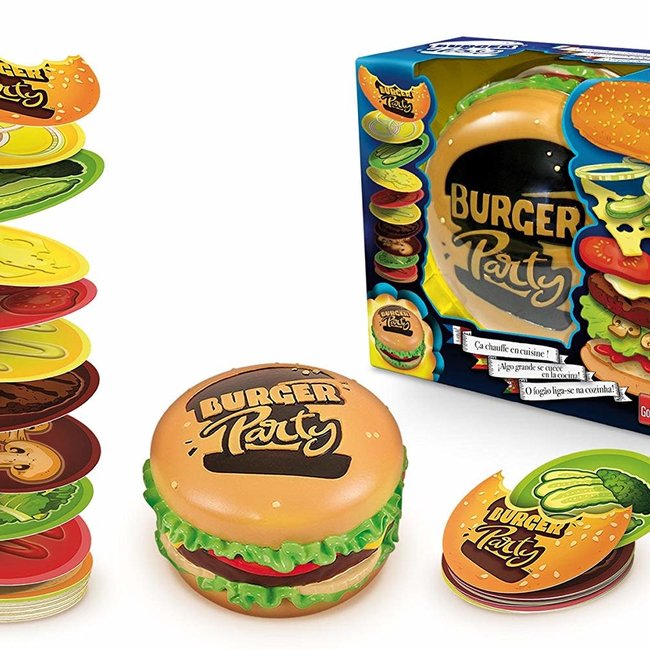 The Battle of the Chefs has begun ... Which one will succeed the most prestigious of hamburgers? Get your hands on the best ingredients but be careful to respect the rules of haute cuisine!

In the Burger Party game, p, lace the burger pouêt-pouêt in the center of the table and deal the cards face down. The players take turns turning the top card from their deck face up to the other players and placing it in front of them. From the next turn, the returned card will cover the previous cards. When two identical cards appear, you must be the first to press the burger pouêt-pouêt. It's the race for the ingredient. All players play at the same time.
But be careful, when a player makes a mistake, and he presses when he shouldn't, he must take the last card and place it under his ingredients shelf (-2 points).

In this board game, we try to create the ideal hamburger. To do this, there is a golden rule: it is forbidden to superimpose two cards of the same color in your ingredient organizer.

Game of observation and speed.