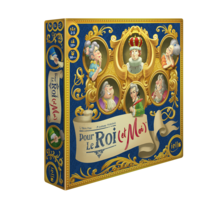 Brand: Iello
Create your own review 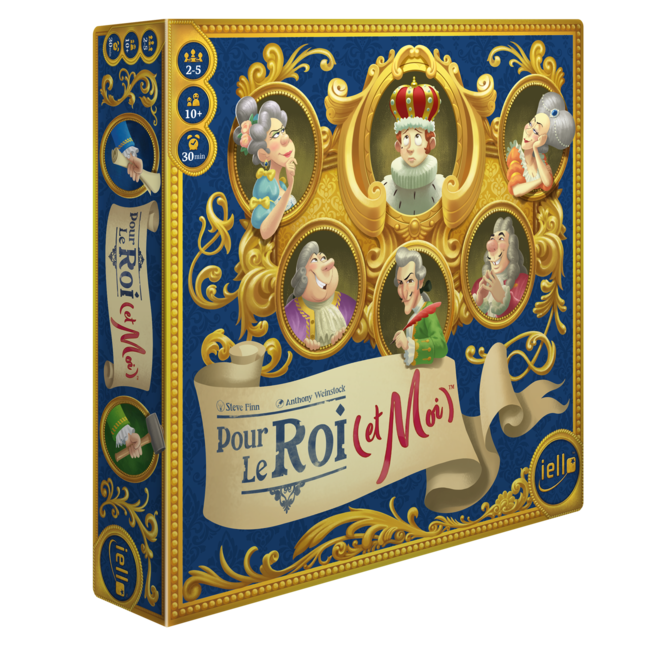 It's the excitement at the King's Court! The advisers bustle around the young monarch, and each tries to stand out during this period of regency. When the King is reassured, he will not fail to appoint his most faithful advisers to his government. How to stand out ...? Strengthening your position and weakening that of others, that's what life at court is!

Pour Le Roi (et moi) is a revamp of the famous Biblios, developed by its author for even more intense games ... and more players, since it is now possible to play up to 5 players!

In the first phase, players draw cards and decide whether to allocate them to their hand, to the discard pile, or to the common market, in which all players are then forced to take cards. Once the pickaxe has been emptied, the King has reached his majority, and the auction begins.

In the second phase, players reveal the cards from the discard pile and bid for them using gold. Their goal is obviously to complete the collections started in the first phase ... and to do everything to counter those of their opponents.

Majority war
To win, players must do everything to obtain the Majority in each Ministry, and thus grab the most prestigious honorary titles. The twist is that it is possible to scale the value of Ministries during the game. And that if you are obviously way ahead of a Ministry, your opponents will be happy to downgrade it, so that it doesn't earn you much at the end of the game. You will therefore have to manage to place yourself without revealing your intentions too much ... and wait until the end of the game to ensure the value of the Ministry that you have brilliantly won.

Also note that it is the two majority players from each collection who will win points, which keeps the fight open for each Ministry until the very last moment, no one having any interest in giving up a single point to their opponents. The final resolutions are more spectacular, more dramatic… and often tighter.

A very neat reissue!
With its pleasant and intuitive material, its light theme (but very present) and the possibility of playing up to 5 players, Pour le Roi (et moi) goes even further than its illustrious model and allows players to live captivating and unique gaming experiences. A real rediscovery!